The idea of community in Common Frequencies takes direct reference from the french word milieu (a person’s social environment) seen as the place in which we, as a specific species, exist and coexist with other species. However, it is important to also acknowledge that we are a milieu or environment ourselves: we host millions of bacteria and other living beings that allows us to digest, breathe, and exist.

Thus, the exhibition stresses the idea that humans are only 1 of millions of other living vibrating beings and that we require each other to make our milieu work, in the same way that us, as individuals, need every living being inside us to be. Evidently, this concept also extrapolates to the social.

In the midst of a time that seems to be more and more divided, this group of artists investigate and generate several connections that prove that union, collaboration and connectivity are more present than ever. They show that we are not an independent species, but rather dependent and inter-connected with every single being on the planet.

In the exhibition, these interconnections are made evident through the form of sonic landscapes— languages that are easier to identify as commons, as something we can relate to and use our response ability in return.

In Syncrony, a visual and numerical archive, Lorena Mal investigates the relationship between the body and the perception of time through a series of scores based on the heart rate of 88 animal species.

Mal explores the various notions of ‘living’ time through the encounter between systems that measure it’s passing, where rhythm is both biological and musical, and tempo, pace or heartbeats are all counted as beats per minute. Combining archival objects, images, modified metronomes, scores and a series of events for 2 pianos and multiple interpreters playing simultaneously different temporalities, the project takes the standard metronome as main subject to inquire, and departs from the coincidence between the human heartbeat and it’s limits.

Syncrony sets unexpected encounters and silence intervals, turning the act of listening into an intersubjective process of reciprocity, even involuntary. 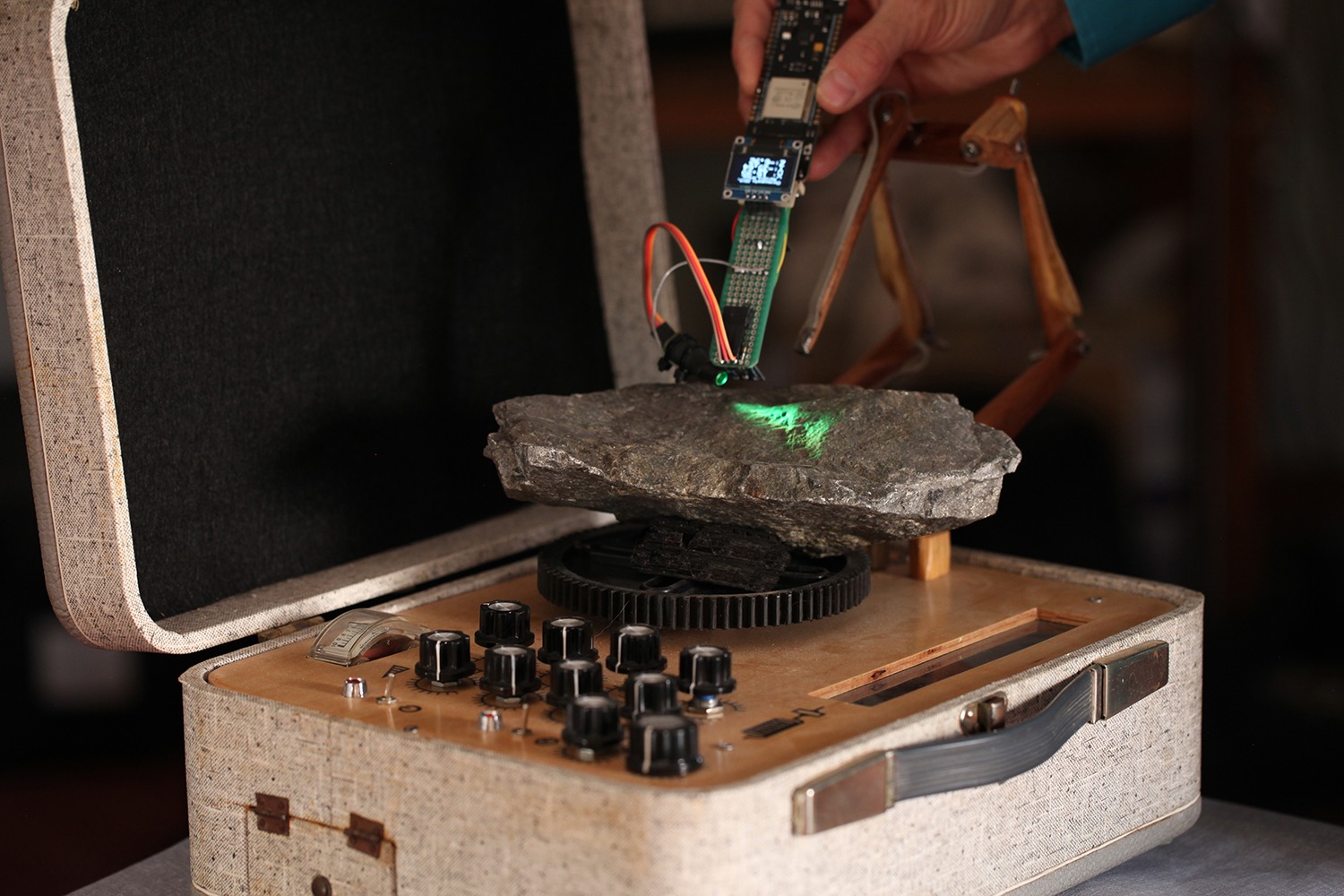 Frequencies as magnetic waves are deeply explored in Tsinamekuta, a work in progress by Marcela Armas based on the discovery of a magnetic mineral called pyrrhotite inside an active mine located on a mountain in the Potosí highlands in northern central Mexico. Pyrrhotite is a ferrous sulfide that is distinguished by its magnetic properties. The project is developed from the construction of a series of instruments for the detection and sound interpretation of the magnetic memory of this mineral, as well as processes of induction of new magnetic fields on its surface, in dialogue and collaboration with the inhabitants of the region where this mountain rises.

Tsinamekuta poses from the ritual approach, a repositioning of the technological object and the purpose of its use. It is also an ethical consideration of the mineral world as the foundation of life, and a space for reflection on the sense of intention in human contact with nature.

In All Universes and the Sum of Their Parts, Interspecifics presents a generative audiovisual piece, which explores in detail the richness of patterns that emerge in a 160-hour time-lapse of continuous documentation of the growth of the Paenibacillus Vortex bacteria. A highly social microscopic emerging system, capable of making collective decisions and creating dynamic architectures that reflect the inherent self-organization and survival implications of life. The thrown data becomes the orchestrator of a sound symphony that evolves and emerges at the same time.

In total opposition to the reductionist and dualistic discourse of the universe, the concept of emergence reveals to us that, beyond binary opposites, the whole is more than the sum of its parts. 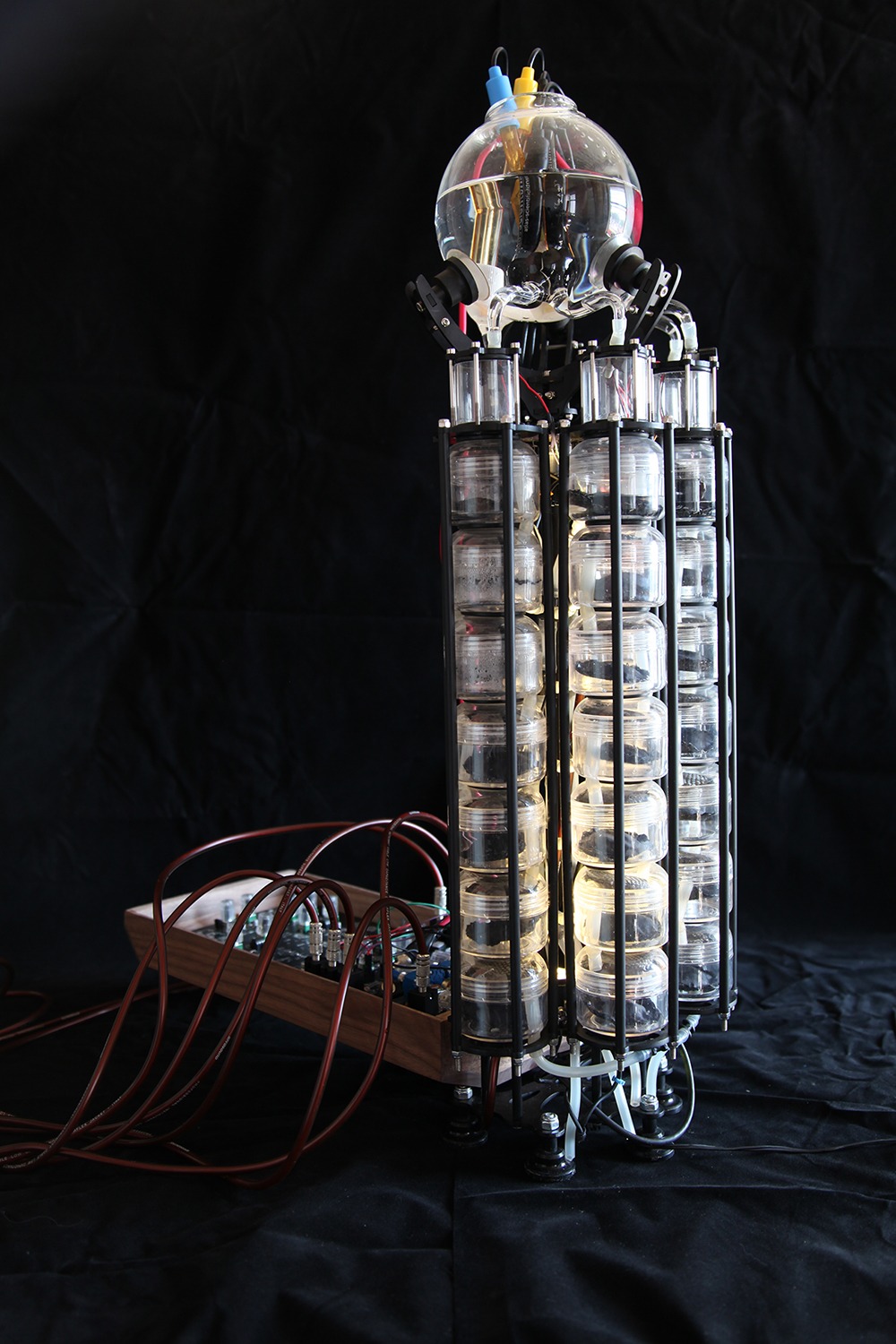 BioSoNot, by Gilberto Esparza, consists of the development of a series of configurations of sensitive artifacts that collect data that is interpreted in audible frequencies that are activated with contaminated water and then translates into sound the biological activity of microorganisms and the contamination levels of different rivers. The piece, made up of microbial fuel cell modules, generates energy from the metabolism of microorganisms in contaminated water. These cells function as biosensors that measure the bioelectrical activity of bacteria and simultaneously other types of sensors give data on PH, dissolved oxygen, conductivity, ORP and temperature.

These data are converted to analog signals that are interpreted by a synthesizer that translates these values into sound. 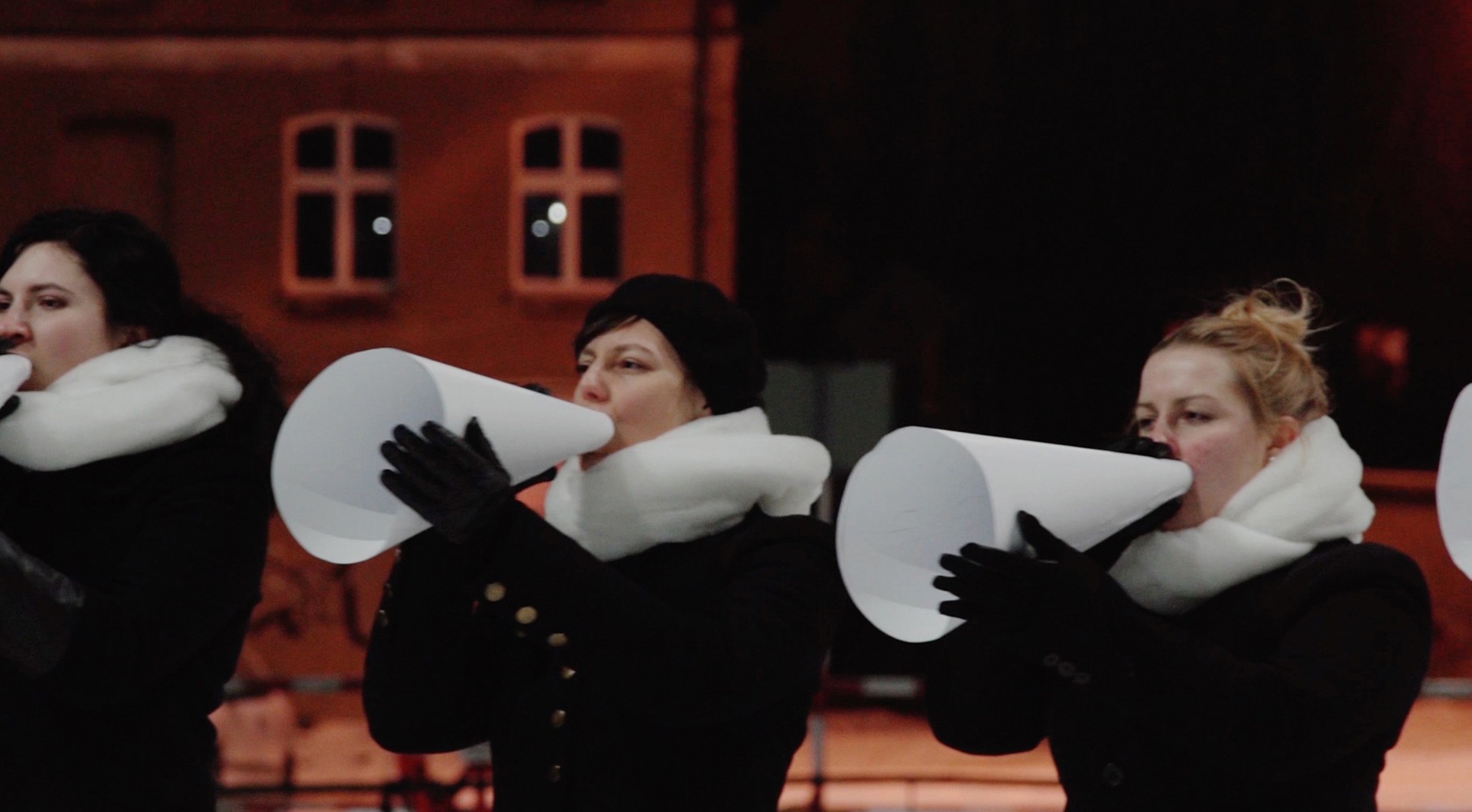 Tania Candiani’s Syreny explores the poetic relations that emerge from mimicking the sounds that are alien to humans. In a sound action that uses the sound of the voice, specifically with choral groups, Syreny interprets, replicates, or deconstructs sounds that are not typical of the human voice, such as the sound of machines; nature; and mathematical, mechanical, and/or digital processes.

Syreny addresses one of the most important forms of vibration in our species - it uses the voice to integrate humans with space in the same frequency, and with others in unison.

Syreny appeals to the reactivation and remembrance of a space from the point of view of the reconstitution of history. The piece will be completed with a performance with the Grace Chorale of Brooklyn directed by Jason Asbury, Music Director and Assistant Music Director, Matt Podd, to appeal to the reconstruction of a social fabric, in a search to give voice and a sense of belonging to those who have migrated to this space.